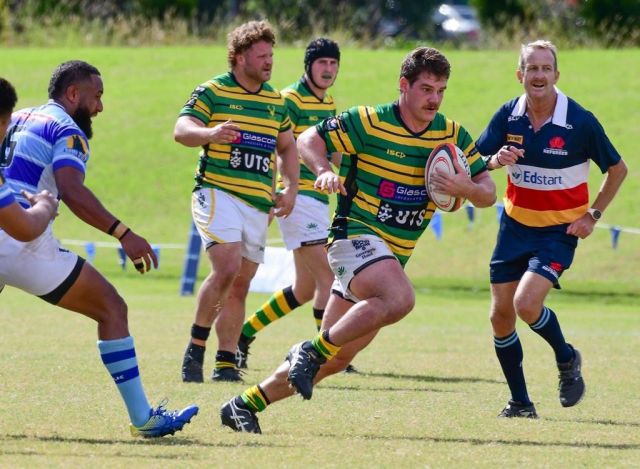 While born in Sydney, the 24-year-old Grindal is Canada-eligible by virtue of Canadian parents. He also comes with a rugby heritage.

His father Iain was a scrum half with the Toronto Welsh (now the Toronto Dragons), Queen’s University, and Ontario provincial team throughout the 1980s before moving to Australia. While at Queen’s, Iain Grindal helped lead the Golden Gaels to four consecutive Turner Trophy titles between 1986 and 1989.

Connor Grindal has been playing for the Gordon Highlanders in the Sydney Rugby Union Premiership competition.

“We’re very excited to find and sign another Canada-eligible player in Connor Grindal, which is a name that carries some weight in Ontario rugby history,” Mark Winokur, the Arrows COO and GM, said in a statement. “Connor is a dynamic young front-rower that we can plug right into the mix.”

The five-foot-11, 230-pound prop, named to the prestigious New South Wales Schoolboys side in 2016, spent five years playing for Sydney University prior to joining the Highlanders.

“I still have plenty of family in Scarborough and Montreal, and my uncles and aunts are getting really excited for me to be coming back and playing in Toronto,” said Grindal, whose father is from Toronto and mother from Montreal.

“I didn’t grow up in Canada, but with two Canadian parents, I’m proud to have that Canadian DNA. I recognize how special it will be to play for the only Canadian team in Major League Rugby, and the honour that comes with representing an entire nation.”

This report by The Canadian Press was first published Sept. 14, 2022